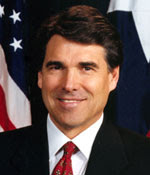 In this report on CBSNews.com, it's reported that Texas Governor Rick Perry took action to request a waiver from the RFS after a $100,000 donation was made by Bo Pilgrim of Pilgrims Pride.

The report noted the investigation by the Houston Chronicle:

"Gov. Rick Perry's request for a waiver of federal corn-based ethanol production mandates was prompted by a March meeting he had with East Texas poultry producer Lonnie 'Bo' Pilgrim, who six days later gave $100,000 to the Republican Governors Association chaired by Perry,"

It's no wonder that many American's have such low regard for their elected leaders. Rather than looking at the real issues involved with food costs, the Governor appears to have sided with a political contribution.

READ MORE
Food Before Profit
http://www.foodbeforeprofit.com
Posted by Editor at 11:32 AM

Email ThisBlogThis!Share to TwitterShare to FacebookShare to Pinterest
Topics Politics