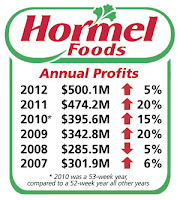 Source: Austin Daily Herald
Posted by Editor at 7:59 AM No comments:

Missouri Farmers Reaching Out To Families In Need

“We look forward to working closely with the Missouri State Fair and Ford to help those in need,” said Missouri Farmers Care Chairman Don Nikodim. “Nearly 16 percent of our state faces food insecurity, with many of those individuals living in rural areas. By collecting food and partnering with the state’s food banks we can help provide safe, nutritious food to families in need.”

The announcement was made during a live AgriTalk broadcast at The Food Bank for Central & Northeast Missouri. Participating adults may redeem dollar-off coupons for up to four canned food items; seniors three; and children a maximum of one item. All donations collected will be distributed to the six Missouri food banks that serve the state’s 114 counties.

Additional information regarding Missouri Farmers Care and Missouri agriculture can be found at www.MoFarmersCare.com.


Food Before Profit
http://www.foodbeforeprofit.com
Posted by Editor at 5:42 AM No comments:

Chipotle Mexican Grill just released their quarterly profits --- a gigante 44.7% increase in net income of over $35,000,000!
That's bigger than their calorie-busting fajita burritos!
Chipotle posted their bigger-than-expected profit gain to the surprise of many Wall Street analysts. Although a once-darling of the street, recent economic times has taken a toll.
The startling increase was helped by their recent menu price increases, more "efficient labor staffing" (think "do more with less") and other cost cutting moves.
And about those low costs.
The Coalition for Immokalee Workers in Florida have been protesting Chipotle's refusal to join other fast food giants (including McDonald's, YUM Brnads and Burger King) in paying a higher wage to Florida tomato workers.
According to the group that is fighting to improve the lives of the farmworkers:

"We view the CIW’s struggle for dignity as a non-negotiable part of the struggle for a sustainable food system. Therefore, we strongly urge you to enter into an agreement with this worker-led organization that has been fighting tirelessly to improve conditions in tomato country since 1993...and Chipotle's refusal to sign an agreement with the CIW only bolsters the growers’ intransigence."

For a company that hypes itself as "Food with Integrity", it seems moral value does have a price.
Source: Chipotle Investor Relations
READ MORE
Food Before Profit
http://www.foodbeforeprofit.com
Posted by Editor at 6:15 AM No comments:

Kraft Foods Inc. said its first-quarter profit rose 10 percent in its recent earnings report.
This from the giant foodmaker who blames American agriculture for its need to raise food prices.
The maker of well-known brands as Velveeta, Oreo cookies and Maxwell House coffee says it plans to focus more on its core products where it can make even more money.
Of course, this means keeping food prices high and blaming others.

Kraft said it earned $660 million, or 45 cents per share in the three-month period ending in March. That compares to a profit of $599 million, or 39 cents per share, a year earlier, when results were dampened by $98 million in restructuring costs.

Last year during high energy prices, Kraft and others at  the Grocery Manufacturers Associations started a a high-priced public relations campaign to blame the higher food costs on American  agriculture and  the renewable fuels industry.
Source: Kraft Foods
READ MORE
Food Before Profit
http://www.foodbeforeprofit.com
Posted by Editor at 2:42 PM No comments:

There's no need to cry over spilled milk over at Dean Foods. Second quarter profits rose 72%.

With that profit increases, milk shuld be flowing like champagne!

Although we don't deny any company its just profits, we find yet another leading member of the Grocery Manufacturers Association (GMA) with record-breaking profits.

But all the while, the leaders of the GMA blame higher food prices on the backs of American farmers and supporters of biofuels.

Now THAT"S something to cry about.

READ MORE
Food Before Profit
http://www.foodbeforeprofit.com
Posted by Editor at 3:49 PM No comments:

It's amazing what raising food prices will do to revenue and profits.

What's even more amazing is that Kraft and the Grocery Manufacturers Association have been such critics of biofuels, blaming them primarily for food price increases.

But who's to blame for even higher profits?

Food Before Profit
http://www.foodbeforeprofit.com
Posted by Editor at 12:08 PM No comments: 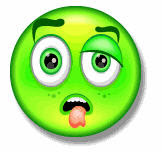 READ MORE
Food Before Profit
http://www.foodbeforeprofit.com
Posted by Editor at 9:16 AM No comments: